Kathy Griffin: A Hell of a Story details the saga around the infamous photo that the comic posted of a severed Donald Trump head. It’s an entirely self-funded project that Griffin and her director Troy Miller put together to tell the larger story of the fallout from Griffin's famously unapologetic point of view.

Unsurprisingly, the film from start to finish is a super-sized middle finger to the Trump administration. Griffin wears the same blue-bowed dress she’s seen wearing in the photo in question. She name-drops left and right who did and didn’t support her after she lost jobs and was blacklisted in Hollywood.  The film is enormously funny (like her or not, anyone who says Griffin isn’t talented is just disingenuous at this point), and the Los Angeles audience in front of whom she taped it eats every bit up.

It is a misnomer to call it a documentary, though; it is basically 75 minutes of stand-up and five minutes of narrated b-roll where we see behind-the-scenes stills of the photo shoot that produced the Trump photo and later, Griffin doing speaking engagements in front of unidentified crowds wearing a First Amendment t-shirt.

Trump specifically targeted Griffin and wanted to ruin her, she argues, by putting her on the no-fly list and subjecting her to a prolonged FBI investigation for a possible felony charge of conspiracy to assassinate the president, which carries a stiff sentence. One of her most spirited rants comes when she says the Justice Department wanted her to do a perp walk in an orange jumpsuit, and that she would rather lose everything than let that happen.

One of the most revealing parts of the special is when Griffin says that her older sister, who died from cancer in 2017 just a few months after the photo scandal, received death threats while she was in a hospital; Griffin also says her elderly mother received death threats at her nursing home. This is truly grim, and her voice understandably turns weepy. But just as quickly, Griffin snaps back with a quick joke and moves us on to the next beat in her story.

That Griffin has suffered grave consequences in the wake of her decision to post the photo, and suffers still, is very clear in the film. What is less clear, however, is how this applies to us, why we should care and what exactly she wants from us — and for us — other than ticket sales. 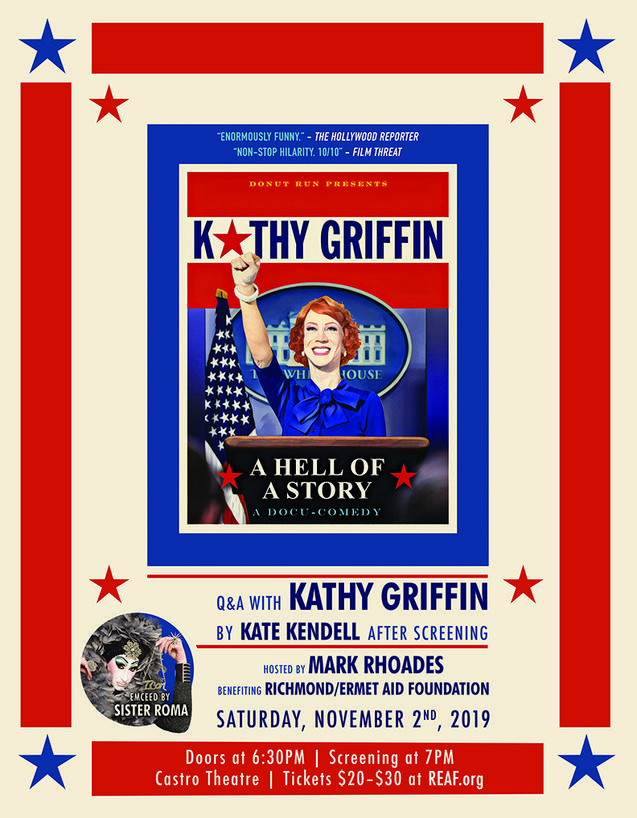