Steve Grand became a YouTube sensation two years ago when his music video for "All American Boy" was released. The song and video (now with close to 4 million views and counting) both depict a situation familiar to many people—an unrequited crush of someone out of reach, that burning desire for someone you can never have. It’s a universal truth, but Steve’s story was even more affecting, because he was telling that story from the perspective of a gay man who had a crush on a straight man. It’s not something that has ever been depicted in music quite so overtly.  The journey is told through Steve’s clear, soaring voice, and his emotionally uplifting, hook-filled songs including “Stay,” “All-American Boy,” “Whiskey Crime,” and “Say You Love Me.” The piano and guitar-driven tracks are instantly timeless and familiar; their sound is a tip of the hat to other American singer-songwriters like Bruce Springsteen and Tom Petty. While he knew that “All American Boy” would gain a lot of attention, Steve says, “I didn’t realize how deep the emotional impact was going to be, until I started getting emails from people really saying ‘I’ve been waiting my whole life for someone like you.’” Nearly a year and a half later, he says, “that’s never stopped. People are still watching the video every day and being moved by it.”

Steve most recently released his first holiday music video, "All I Want for Christmas is You" to high acclaim last December. Look for Steve's next music video due to be released on March 24th.

With 31 years of exclusively gay standup experience at her hip, comedian Shann Carr weaves a storytelling style that makes you feel like you’re with an eccentric friend who has your whole dinner party in stitches.  Her most prolific gig began in 1999 with Atlantis Events and 76 trips later she continues to ride those waves, most recently this March from Puerto Rico.

Shann is the Executive Producer of The Moxie Studios, a visionary company building a home for the burgeoning industry of gay media production in Palm Springs, CA. The Moxie Studios produced the first-ever Gay TV Week, and a series of Gay Commercial-Making Contests as well as creating the New Media Spotlight a successful new offering from Cinema Diverse, Palm Springs' LGBTQ Filmfestival.

Moxie endeavors to create media-making momentum that builds Palm Springs’ reputation as the perfect work-play destination for professionals producing the next generation of gay entertainment.

She produced has produced a film, published a book and is up to try anything else that turn into an adventure. She lives in Palm Springs with her boy dog Beckham better know as Becky or Schmeckle! For more information, visit www.shanncarr.com. 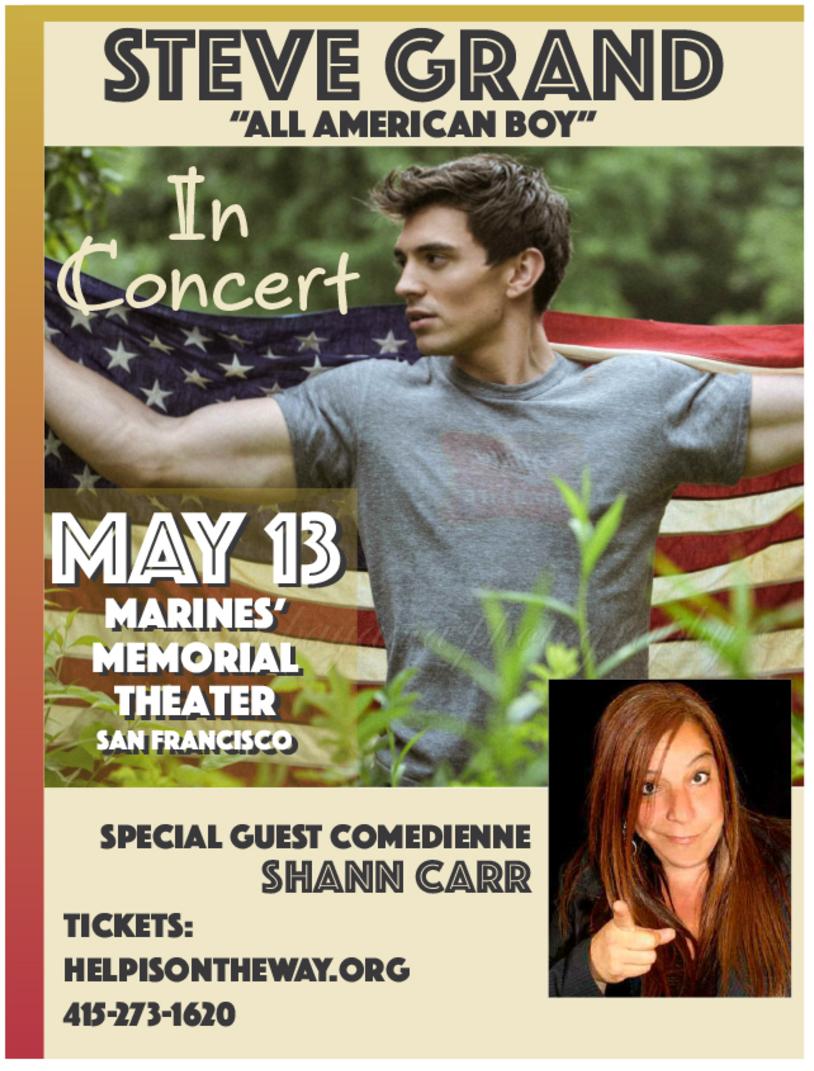 Check out "All American Boy" here:

Make A Donation
View on Mobile